This History of the Ratchaprapa Dam and Cheow Lan Lake 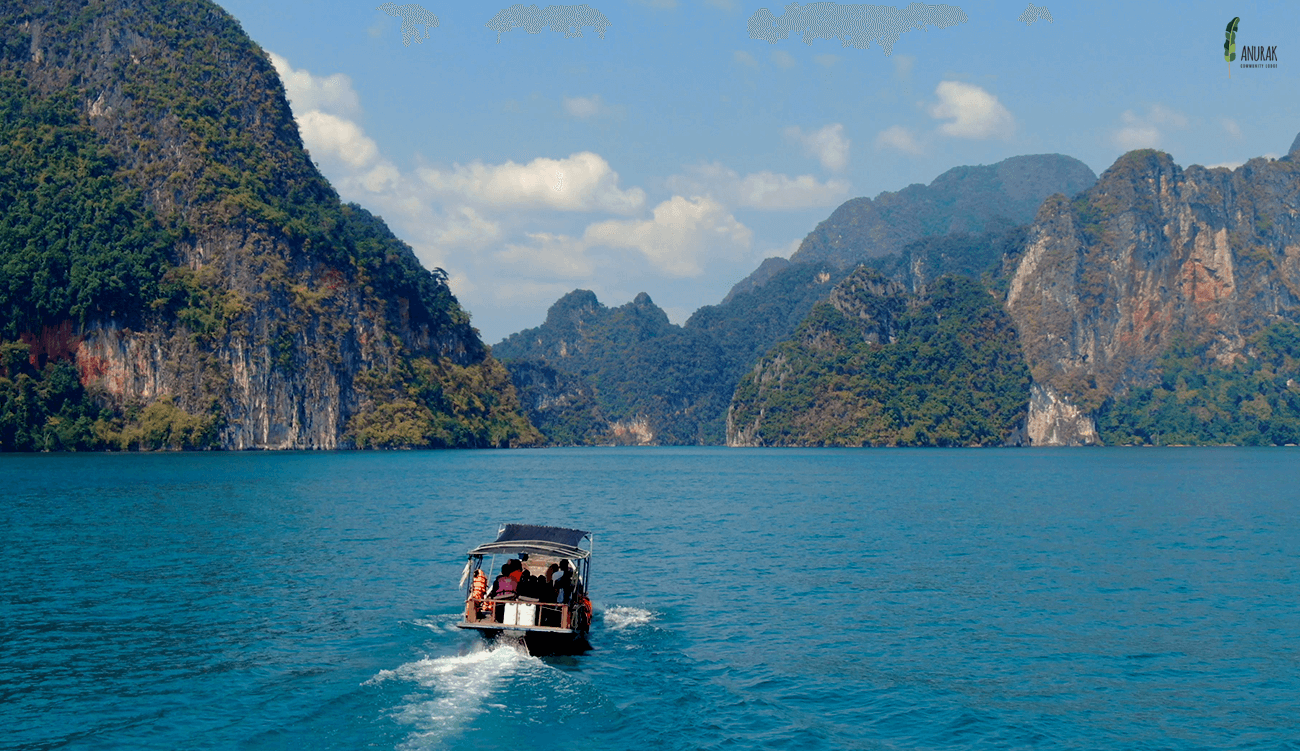 The Ratchaprapa Dam translates to “Light of the Kingdom” in Thai. With the construction of the dam, King Bhumibol Adulyadej and the Thai government helped to modernize and strengthen the electrical grid in southern Thailand. This dam was designed to provide power to the Surat Thani province and surrounding areas with hydropower generators capable of producing a maximum of 240 MW/hour.

Overlooking the Dam, the large Cheow Lan lake is surrounded by limestone mountains and has become a popular tourist attraction connected to the Khao Sok National Park. While tourists can charter a boat to see nearby caves or stay overnight on one of the many floating bungalows, many locals have voiced concerns over larger travel and hospitality companies monopolizing the services around the lake.

As we employ local staff and tour guides, we must not forget the untold story surrounding the Dam which affected hundreds of people and its surrounding wildlife: the construction of the dam abruptly forced local villagers in that area to relocate.

The Ban Khao Phang community was located in the flood area of Ratchaprapa Dam, consisting of about 10 townships. The communities in this area had preserved their traditional way of life and local culture for hundreds of years. Looking at the geography, since the villages were in close proximity to the Khlong Saeng River, these towns were a major stop for merchants since ancient times: records show this area was a trading post during the reign of King Phra Buddha Yodfa, Chulalongkorn the Great. The majority of villagers in the area were farmers growing rubber, rice, and various fruits. They would trade and transport their goods by boat.

Traditionally in Thailand, communities divided up land on their own accord. Modern land deeds only started being adopted in the early 1900s. According to the archives, each household had approximately 25 rai of rubber trees before the relocation. After building the Dam, every household received a land settlement of only 19 rai from the Thai government.

As their main source income came from selling rubber, most villagers suffered from significantly less income as it took about 3-5 years for their new rubber trees to mature. Some locals adapted by changing trades and becoming fishermen. Despite all this, the overall consensus was that the Dam helped provide villagers with a better quality of life; but it came at a price such as increased food and transportation costs for the villagers. Compared to their indigenous way of living using the river, the traditional lifestyle was more self-sustaining.

Another major reason for constructing the dam was to reduce flooding in the lower areas around Surat Thani.  As less was spent repairing flood damages, the EGAT, Electricity Generating Authority of Thailand, cooperated with various government agencies to provide more assistance to the relocated villagers. The local officials set up vocational training for the villagers and established a housing allocation fund for them.

Afterward, the area that the Ban Khao Phang locals settled in became a new district: The Ban Cheow Lan Municipality. Some locals went on to establish the Khao Theppitak Ecotourism Community Enterprise, Baan Cheow Lan Arts and Crafts Center, and the Ban Tom Cheow Lan group. All of these organizations work at preserving the traditional Thai agrarian culture.

If you are interested in learning more about the history of Khao Sok or want to experience the traditional Thai way of life, don’t hesitate to contact us. Some of our local guides are from Ban Cheow Lan district and can tell you more about this region’s history. 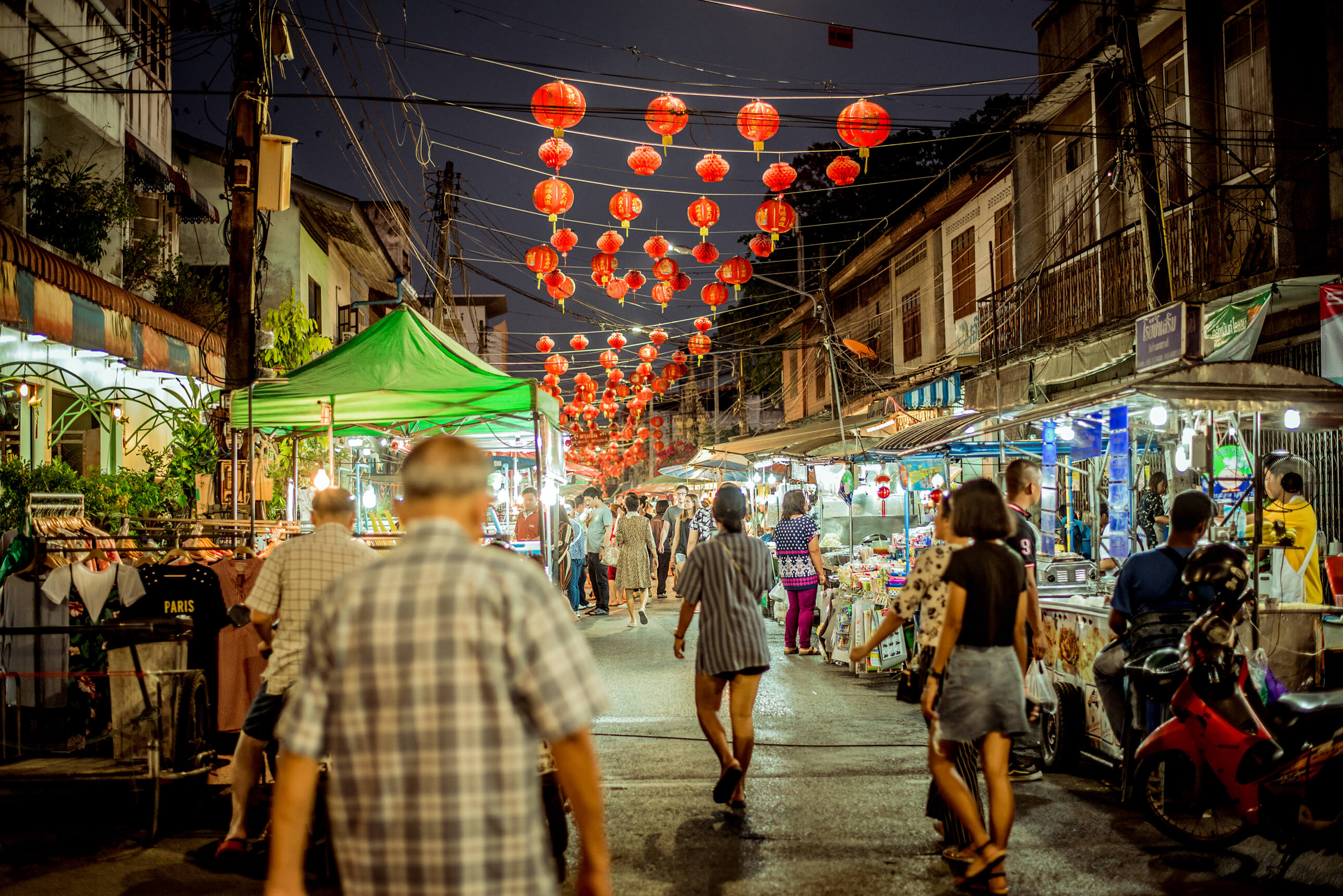 Top Things to do in Surat Thani | Anurak Community Lodge

Top Things to do in Surat Thani | Anurak Community Lodge 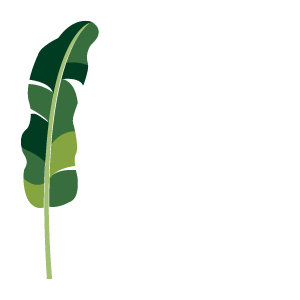